HOW I WENT FROM SCHOOL TEACHER TO C.E.O/ EDITOR-IN-CHIEF OF DAILY TRUST – MR. MANNIR DAN ALI 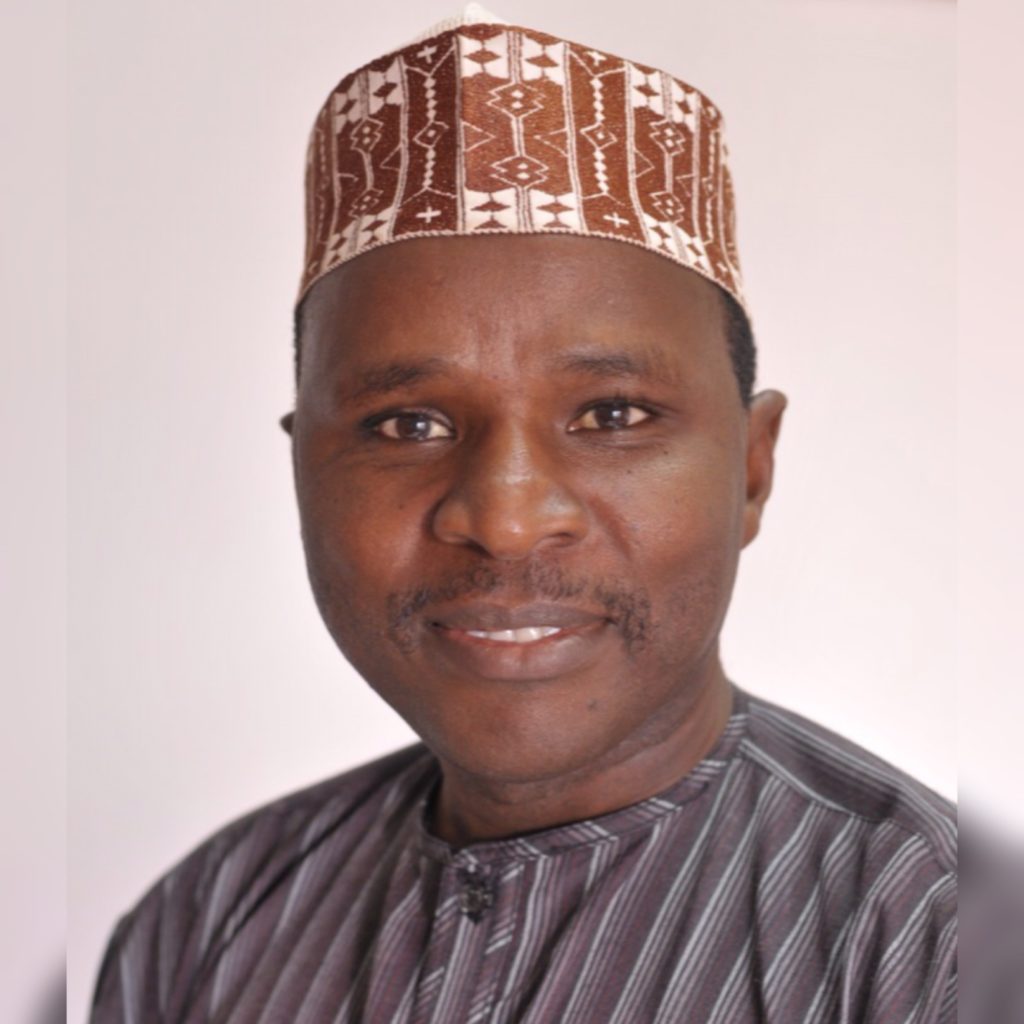 Mr. Mannir Dan Ali was born in Kaduna. His first experience in media was at Citizen Magazine in Lagos, first as a special project staff, and later as a reporter.

He was privileged to be introduced to the British Broadcasting Corporation, where he worked on a freelance basis and seized every opportunity that came thereafter.

He is a seasoned professional in Media and he shares his interesting journey to the top with us.

Mr. Mannir Dan Ali: I had an interest to work in the media since my days in A-level, I did what was then called IJMB, which is a preparatory 2 year course after secondary school. I didn’t choose what I studied, I wanted to study mass communication but I didn’t get that, so I studied English instead, for my first and second degree.

When I graduated, I started out as a teacher, I taught in a school, from there I went into public service, I became a public affairs officer with the National Populations Commission. It was there that someone who knew about my interest made the necessary introduction to somebody else who was in the media, and when I met the guy, he gave me a job there, so that was how I started.

DA: The job he gave you, was it at citizen magazine?

Mr. Mannir Dan Ali: Yes, it was at citizen magazine

Mr. Mannir Dan Ali: It was very good; I was doing what I loved to do, most people told me not to take up the job because they couldn’t understand why I would leave a ‘secure’ government job to go into the uncertain world of private media.

DA: Since you were a teacher and you worked with the government, when you moved to citizen magazine were there any extra trainings you had to do?

Mr. Mannir Dan Ali: Not as such, because this was my area of interest, I was doing everything I could to gain knowledge even before I got the job; it is called preparing for an opportunity before it arrives.

I remember that there was a good friend of mine who is late now (may his soul rest in peace), who used to work in a newspaper publishing company in Kaduna called Democrat, I was always getting his books on mass communication and reading them on my own. There were times when there was general training in the office too, I took advantage of them

DA: A major career breakthrough came when you started working for BBC, how did that happen? Were you introduced to BBC by someone, or you saw an opening and applied?

Mr. Mannir Dan Ali: Actually, my boss, who co-incidentally is also our Chairman here, Alhaji Kabir Yusuf was the Executive Editor/ Executive director in Lagos, He was in charge of the Lagos operations of Citizens Magazine.

He was equally doing free lance work for BBC Hausa service, he made a decision to leave Nigeria and go to South Africa. On one occasion, BBC called up and he wasn’t there, so they said ‘can you take us through what has happened?’ I can’t remember the exact story, but something had happened in Lagos and this was around 1993, it was shortly after the annulled elections and there was a big shake up in NNPC, they wanted me to report on it.

They requested a formal report, and because of my print background, I wrote a very long report and I remember when I read it out, he said ‘naa you have to go and cut it up, this is too long’. I eventually began to get the drift of how radio works.

DA: What has been your major challenge here at Daily Trust?

Mr. Mannir Dan Ali: I think it is the Lack of journalists. We have a lot of people employed as journalists, but to be honest, journalism, not just in daily trust but in Nigeria generally is going downhill.

I just finished meeting with some of my team members and I expressed to them my frustration about what I now term ‘press release journalists’. These are journalists who do not believe that something has happened unless a Public Relations (PR) guy has issued some press release.

There are journalists that claim to have a lot of experience, but they can’t do basic reporting. Most PR people are always spinning stories to their advantage, so most of our journalists are captives of that PR machine, weather of the government or the private sector, so they don’t often stand on their own and do proper reporting which is to establish the facts and weave them together into a coherent story

DA: How have you been able to overcome this challenge over the years?

Mr. Mannir Dan Ali: I’m not sure I have overcome it, I must say. We have been struggling and we try to identify and push those who try to rise above the problem that is trying to swallow all of us.

We try to keep reminding people through constant training. We have a whole foundation, Daily Trust Foundation and one of the major aims of this foundation is to train our journalists, but the tide is more towards the PR stories, and journalism tends to suffer when PR is on the ascendency.

DA: How do you cope with training staffs and then they leave for a better offer somewhere else?

Mr. Mannir Dan Ali: Of course we have to struggle with that, but I believe that we have one of the competitive salaries and we pay our salaries regularly which are better than some other newspapers.

We run a fairly tight shift, it is a company that has number of share holders and directors and for the last 10 years, we make it a priority to provide dividends for the staffs and the staffs also own like 5% of the company so they share in it, it is not just the salary and allowances.

In spite of that, some may get a better offer somewhere and actually, it is the PR jobs that tend to snatch them, for example since this new National assembly members were sworn in, one of our staff has been asked to do PR job in the National Assembly, this tends to happen, but we have to live with it because the sky is big enough for everybody, some will go, others will come.

DA: What differentiates you from most of your peers that are in media but have not risen to such prestigious position?

I am doing what I am genuinely interested in, you can call me a news junkie, I want to know what is going on around the world at any point in time, at the same time I want to be able to inform other people what the correct information is about any given situation, because of that, I don’t see it as a job.

If you have a passion for something, go for it, because that is what will help you to rise. If you are doing something well, consistently over a period of time, whatever it is, you’ll find out that there is a tendency for you to get to the top.

DA: What steps would you advise youths that would like to go into print media, either to own their own print media or to correct some lapses they have noticed in other prints media?

Mr. Mannir Dan Ali: Well if it is in the print media, I would say they should try to innovate and see if there is a space in the print media, it is an old media that has been disrupted by the new media where there are people who are digital or who own a news website.

You must not necessarily have a print media like Daily Trust, but I will say that the basic thing is to at least get the necessary training, do a bit of journalism so that you reach some kind of cutting edge, and then you can leverage on that so that you can offer something unique that others are not offering.

You can specialize in a small area, like in a community and cover it well, then there would always be business opportunities that would open up. You must have some skills, always find ways to improve yourself, these days everything is online, just as there is pornography, there are also religious materials.

There are all sorts of information that can help you train, you can do webinars free of charge, so if you are determined, you can train yourself to be cutting edge.

DA: How do you manage work and family?

Mr. Mannir Dan Ali: We have structures at Daily Trust, and we have different people taking care of things at different times of the day, so I am called upon at non-work hours only when there is an emergency.

I would say that no matter your value for something; put your family first, because you need emotional balance to be able to perform well at work.

DA: What Legacy would you like to leave behind?

Mr. Mannir Dan Ali: I’m not sure about legacy, because some people seem to be too obsessed with legacy. I would say; do your bit and let God take care of the rest.

Legacies can disappear, so many civilizations have disappeared talk less of small institutions, do your bit and if you have done your best, maybe that would be your legacy.

DA: What is your advice to youths generally?

Mr. Mannir Dan Ali: I would say that they should take their lives seriously, yes have fun, and it would be good if you can make money out of some of the fun things that you do, don’t allow yourself to be carried away by things that do not benefit you, Clarify what you want to do in your life and be focused on it, but don’t do it in a way that you are not having fun with your life.

For those that have not gotten jobs yet, I would say that they should find a way to create jobs, they should stop depending wholly on the government because Europe and most of the developed countries were developed because people were creating opportunities for themselves.

There was a time that if you want to buy Nollywood movies you would have to get them somewhere along Nnamdi Azikiwe way, but look at the explosion in the industry now, if you go anywhere I Africa, most people ask about nollywood, because they have grown overtime and are representing the country worldwide.

In a similar way, start small and you will grow overtime if you are consistent.

Read More: How I went From Realtor to Global Fashion Designer